The Bazaar International is coming up! 1st & 2nd December

Posted on 14 October 2012 by Michael Chidiac 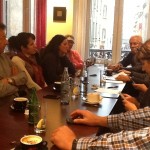 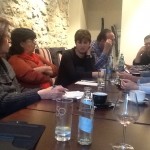 With a little over six weeks to go to the start of the Bazaar International, volunteers at the Lebanese stand are getting ready for the final preparations before the grand opening.

Under the guidance of Liliane Lamberty, the representative of the Lebanese stand, a group of 12 people met yesterday at the Atrium on Knuedler to discuss the finishing touches. Coordinating roles, logistics, merchandise to display, food preparation, stand fit-out and much more was talked about. This usual flurry of activity around Bazaar time is something the team is well used to, having had many years of experience in organising this event.

As it's website suggests, the International Bazaar is an organisation that is quite unique.

Run entirely by volunteers it is non-commercial and independent and combines the act of fundraising with a stylish multicultural event that attracts thousands of visitors into the halls of Luxexpo.

Now in its 52nd year it is the largest fundraising event in Luxembourg.

Over 50 nationalities are represented under one roof, raising funds for worthy causes while also representing their own countries. 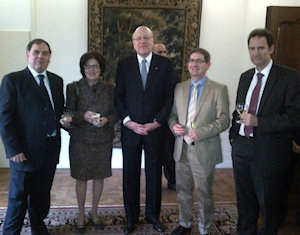 Our membership is growing! and we are delighted by the number of enquiries we have received to date as well as by the offers to sponsor some of our future events.

We are hard at work in the planning of these events. As per our previous communication we will be starting with regular get-togethers for our members and friends with events such as the "1er dimanche" lunch meeting for families and friends or the "Afterwork du Cercle" our monthly aperitif for business networkers.

The first "1er dimanche" meeting will take place at the "Le Pavillon" restaurant located within the Parc de Merl in Belair, Luxembourg city. With the good weather threatening to settle in we believe this would be an ideal setting by the water and the children will take advantage of all the park facilities, slides, swings, table tennis, etc. We propose to meet at Le Pavillon du Parc de Merl on Sunday 3rd June between 12.30 and 16.00. Whether you wish to have lunch or just coffee or ice-cream (see Menu) we would be happy to see you there.

Our first "Afterwork du Cerle" will take place at the Coco Mango bar on the 8th floor of the Sofitel Le Grand Ducal in the Luxembourg CBD on Tuesday 19th June between 18.30 and 21.00. The panoramic views of Luxembourg-city and the Petrusse valley make this a great place to meet friends and colleagues and network with fellow members and other professionals interested in the Cercle's activities.

We propose to meet up for an afterwork drink on the third Tuesday of every month.

We would also like to give you a heads up on the first Lebanese Gala Dinner currently scheduled for the 13th October. We will revert to you with more detail shortly but in the meantime please save the date.

Posted on 7 March 2012 by Michael Chidiac 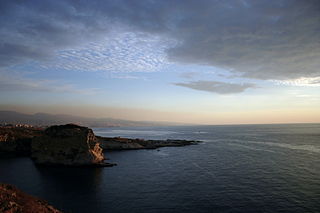 Posted on 5 March 2012 by Michael Chidiac 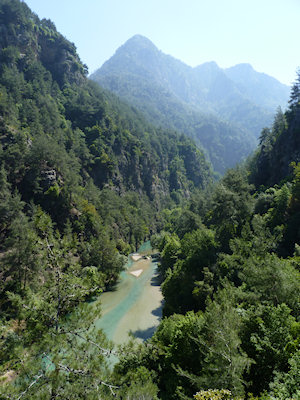 Our first meeting to elect committeee members was very successful. The following nine people were elected:

At the committee's first meeting on Wednesday 14th March, we will define and allocate the roles to be served by each committee member. We'll let you know here on the blog who is going to do what.

The committee's purpose is to serve you, the members, so please give us your comments, questions, feedback and suggestions to enable us to create the services and opportunities that you need.

Please help us to get the community going by sharing your thoughts in comments below this post or on the About page or the Ideas page. For membership applications, or to volunteer your services, please contact us via the Contact page.

Posted on 3 March 2012 by Michael Chidiac

We are pleased to announce that the Cercle Libanais, an idea born in the warmth of a Sunday lunch amongst Lebanese friends, is now a fully fledged non-profit organisation, registered in Luxembourg.

Membership applications are invited from anyone who is Lebanese or of Lebanese origin, or who has at least one Lebanese family member, and who lives in the Grand-Duchy of Luxembourg or the Greater Region. Others strongly interested in Lebanon may apply for associate membership.

Our Mission is to encourage networking, social, educational, cultural and philanthropic activities among our members, to:

The Articles of Association has a more detailed Statement of Objectives, a summary of which you can read on the Aims page.

This website uses cookies to improve your experience while you navigate through the website. Out of these, the cookies that are categorized as necessary are stored on your browser as they are essential for the working of basic functionalities of the website. We also use third-party cookies that help us analyze and understand how you use this website. These cookies will be stored in your browser only with your consent. You also have the option to opt-out of these cookies. But opting out of some of these cookies may affect your browsing experience.
Necessary Always Enabled

Any cookies that may not be particularly necessary for the website to function and is used specifically to collect user personal data via analytics, ads, other embedded contents are termed as non-necessary cookies. It is mandatory to procure user consent prior to running these cookies on your website.